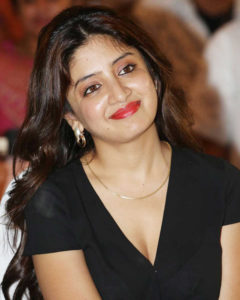 We are all witnessing the havoc the Bollywood facing with the suicide of hero Sushant Singh Rajput. This has lead to many actors confronting their bad experiences with politics in Film Industries. Many star actors like Kangana Ranaut, Aayushman Khurana expressing their incidents is coming as a shock to their fans.

Recently the Tollywood fade out actress Poonam Khaur is shocking everyone with her confronting tweets. The actress expressed her agony and says that a big head the Telugu film industry is suppressing her and not giving her any opportunity to get back to the industry. And she feel very ill because of that. She even mentioned that this situation is making her depressed and suicidal.

The statements like these are terrorising her fans in this sensitive situation. Though she has hinted few words like ‘Movie Mafia’ and ‘Guruji’ she never disclosed the star figure’s name. The Twitterati is concerned about the painful situation she is in and asking he to be strong to disclose the name of the person troubling her.

U stopped ur friend from getting back to his very loving wife … who she could have died for n the star gets abused today why coz of u coming in between them..children suffered,he suffered ,he still suffers … why did u do this …are u places to kill him like slow poison ?

Bollywood Doll To Romance With Superstar

Rashmika Too Get Mud On Her Hands

Corona becomes an issue for this police