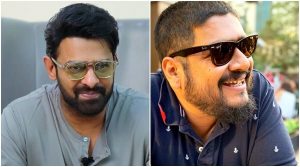 It seems like actor Prabhas has got lucky to make a movie like Bahubali. That movie has definitely changed the fate of the actor. Yes, Prabhas was a big hero even before that Magnum opus but that movie has brought the hero National level craze with utterly no competition.

Now the hero is planning to go global with another magnum opus ‘Adipurush’. This movie has already gained enough recognition at the time of launch itself. And people had many questions for the Tanahji director Om Raut regarding his next project. As there are many star heroes in Bollywood, why did he select the Bollywood noobe Prabhas?

In a recent interview, Om Raut spoke about his new project in detailed. He said that he has seen calmness and rage of aggression in the actor which is suitable for the role of Lord Ram. He even clarified that there are few elements related to the happening Ayodhya Ram Mandir.

So, the team is planning to release the movie by the time Ram mandir is fully constructed. Ram Mandir is more of an emotion to the North Indian people. And Prabhas doing this movie will definitely boost his position in Bollywood!

Tapsee On Covid-19 Celebiz-20 The Aftermath

No Telugu remake for this Malayalam flick!?

Pawan Kalyan, Nani and Chaitu in a movie?