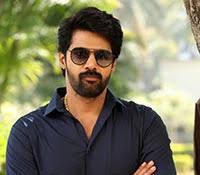 Tollywood’s young talent, Naveen Chandra won the hearts of the audience as a hero in his debut movie Andala Rakshasi. Though he could not earn a good impression as a hero later, he continued his career as a character artist in the industry for a while.

He was also seen playing characters with negative shade in star heroes movies. He got a good recognition for his performance in NTR’s Aravinda Sametha as a major antagonist.

The buzz on the internet is that the power packed action director Boyapati Srinu selected this emerging bad guy of the TFI as his antagonist in the movie BB3.

Boyapati has his mark in portraying his villians in a terrific way. He could even turn the soft guy Aadi as a beast in his movie Sarainodu. Let’s see how terrific will Naveen Chandra be as Boyapati’s villain.

What’s your song of the day?

Catch HIM live on YouTube@4:37pm

Is Nani working on six pack?

Send this to a friend