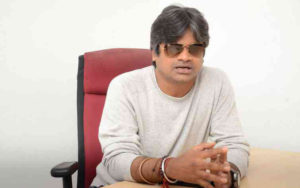 It is well known that the commercial hit director Harish Shankar is prepping up to do another project with his most beloved actor Power Star Pawan Kalyan. That movie is on news since it was officially announced. Harish also said that he would not take up any other project until he completes the shoot with Pawan.

Lately, popular banner 14 Reels plus has announced that they have collaborated with Harish Shankar again after the blockbuster Gaddalakonda Ganesh. Of course, Mega hero Varun Tej acted terrific in that movie. 14 Reels plus is very happy to rework with director Harish Shankar and is yet to announce the details of the project they will be taking up.

Veteran Beauty Drunken Diaries Are Out

NTR To Work With KGF Director!

Is Chiru Teaming Up With Creative Director?

A Powerful comeback of Sushmitha

This star Director to direct Akhil!

Send this to a friend