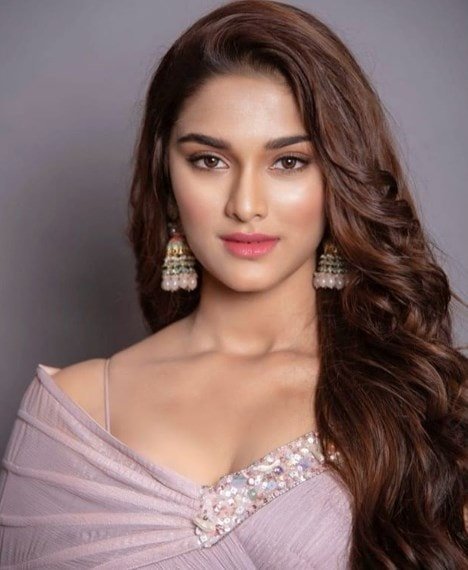 According to the sources, Varun Tej’s upcoming movie which is based on Boxing got their leading lady. Though it has not been confirmed yet. But the news is that, Saiee Manjrekar, daughter of veteran actor Mahesh Manjrekar and heroine of Salman Khan’s ‘Dabaang 3’ might be seen in this movie which will also be her debut in our land as Dabaang is a dubbed film.
Sources also said that, Saiee liked the script narrated by the director, Kiran Korrapti, but talks are still taking place. If she signs then we get to see the ‘Dabaang’ girl opposite our very own Mega Prince.
This movie is produced by Allu Bobby and Siddu Mudda.

NTR To Work With KGF Director!

Team RRR prepping up for the shoots

Too Many Hurdles For Indian 2

When anchor Suma became a child!

Actress All Set To Star Her Talk Show!

Nithin Getting Ready For Sankranthi Race

First Look Motion Poster Of Varun Tej’s ‘Ghani’ Is Out

Sai Pallavi and Prakash Raj To Do Series