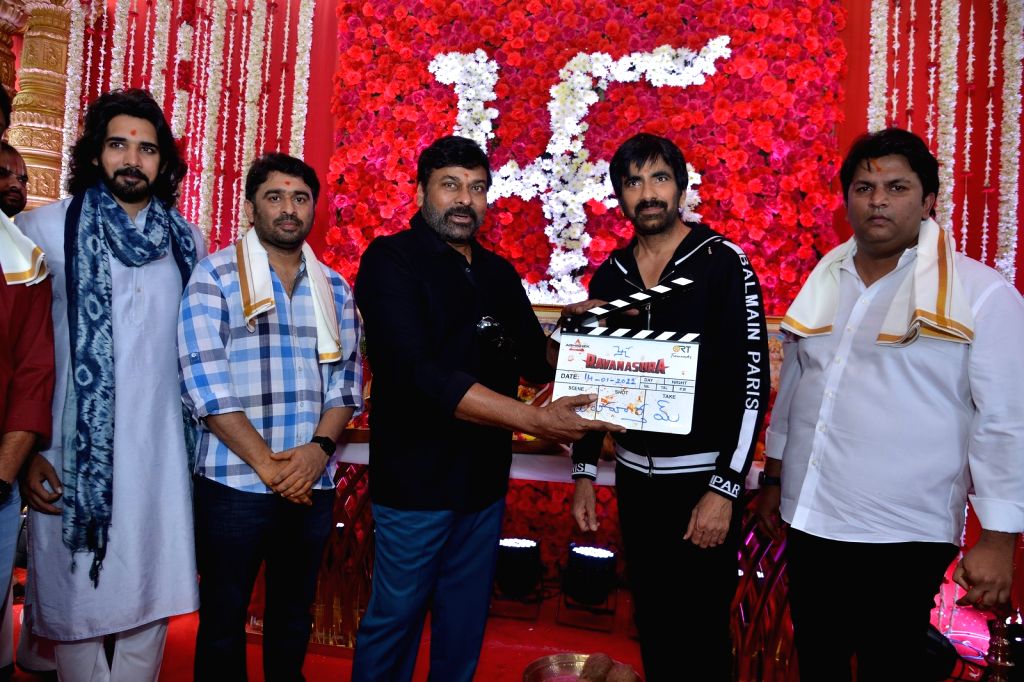 The upcoming movie ‘Ravanasura’ directed by Creative Director Sudheer Verma with Mass Maharaja Ravi Teja as the hero will formally launch on January 14th as a Sankranti gift. The film crew has officially announced that megastar Chiranjeevi will be the guest of honor at the inauguration. The film is being produced by Abhishek Nama under the banner of Abhishek Pictures and RT Teamworks. This is Ravi Teja’s 70th film. Recently, the film unit released the first look of the film and received a superb response.

Venky Mama And Rana To Be Working Together

At Last Dil Raju Is Proud Of His Decision!

Naandhi Is Set To Come To Audience’s Home

Song out from ‘Sridevi Soda Center’

‘Narappa’ Soon To Be Out In Theatres

5cr Set Getting Ready For Prabhas 20